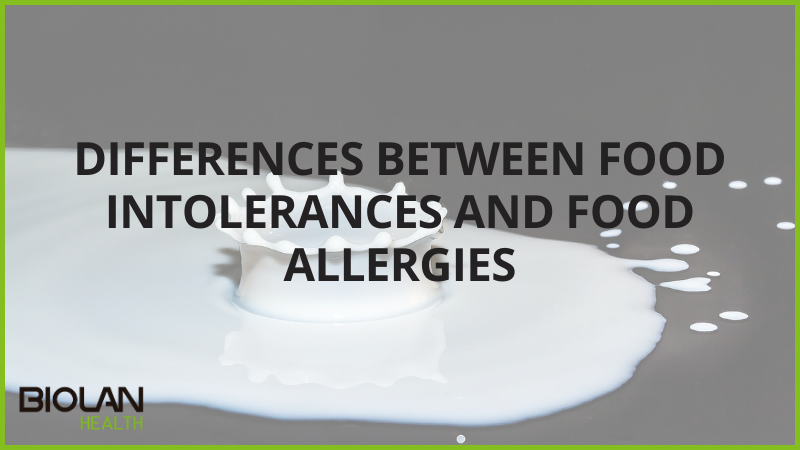 Food intolerances and allergies are common occurrences in the population. It is estimated that about 20% of the population suffers a food reaction during their lifetime.

Allergies and intolerances are often confused and used interchangeably, but they are very different from each other. Do you know the differences between food intolerances and food allergies?

This type of reaction occurs with the ingestion of a small amount of food, immediately, and can lead to the onset of severe symptoms.

It is estimated that between 1.4-3.6% of the adult population suffers from this type of allergy and 5-8% in children.

Food intolerances cause discomfort, but are not as severe as a disproportionate allergic reaction.

However, this type of reaction has a much higher incidence in the population than allergic reactions.

Methods of diagnosis of food intolerances and allergies

In order to diagnose this type of food reactions there are different tests. Among some of them are:

In this regard, the efficiency of some of these tests has been questioned by various professionals. In addition, many of these tests are very invasive, as is the case of intestinal biopsy.

Therefore, the development of PoC devices or other types of tests, either immunological or genetic, can offer faster and less traumatic results for the patient. For example, the use of antibody and genetic tests for the diagnosis of celiac disease is currently being promoted.

In this way, by using these devices it will be possible to distinguish the different reactions, regardless of the differences between food intolerances and allergies in a faster, simpler and more accurate way.

previous
Why is important the detection of biomarkers for early diagnosis?
next
BIOLAN and CIC bioGUNE will jointly develop an ELISA test.