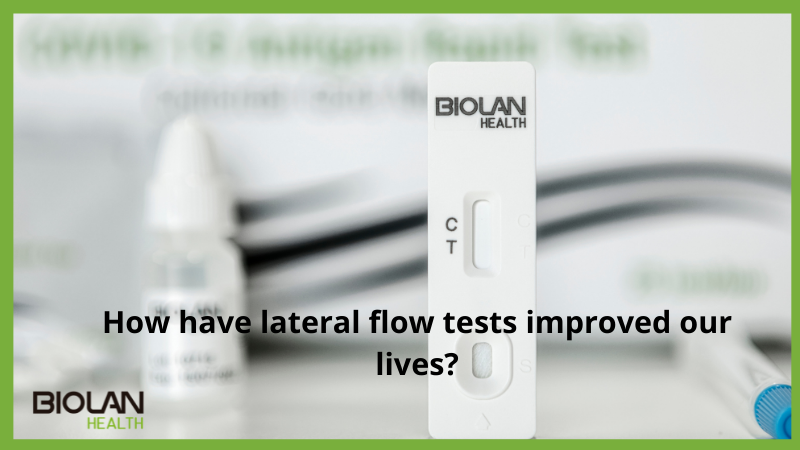 Lateral flow tests carry over 60 years of history on their backs. This emerging technology that has played a critical role in rapid detection of COVID-19 disease, has been the principal axis of hundreds of devices that are used daily in our lives.

The basis of Lateral Flow Technology was first described in 1956, but it is not until 1959 when the biophisician Rosalyn S. Yalow and endocrinologist Solomon A. Berson suggest applying the concepts of chromatography directly in paper. This led to the invention of the first lateral flow technology-based device for the detection of insulin in human blood plasma. This fact impacted directly in healthcare facilities and made this technology could spread and be applied for infectious and cardiovascular disease diagnosis, cancer biomarkers and food pathogens detection, among many others.

The format of these rapid test devices improved over the years: nitrocellulose was used as a more suitable paper for this application, manufacturing equipment developed rapidly, continuous antibody production was guaranteed and the knowledge and wisdom about Lateral Flow technology grew exponentially. For this reason, first Lateral Flow-based product were able to be commercialized in the late 1980s.

We all know what a pregnancy test is. This is the most known product based on Lateral Flow, and urine is the only thing we need to make this device useful. The performance of the test is very simple: a pregnant woman produces a hormone called human chorionic gonadotropin (hCG), which is detectable with the specific antibodies that recognize different hormone regions. If a woman is not pregnant, she will not be able to produce this hormone and, therefore, there will not be a recognizing antibody-hormone chemical reaction; the test will be negative.

Many products have been commercialized with the same method (Table 1.), and they have been crucial in society improvement and illness extinction. Ebola, the virus that caused thousands of deaths between 2014 and 2015 in west Africa (3) and SARS-CoV-2, the virus we are fighting against nowadays, are some of the examples where these products has been important. At the beginning of both epidemics, WHO recommended diagnosing positive people only via PCR, a very reliable technology, but also slow and expensive. The hospitals were not able to give a fast diagnosis so, consequently, an easier expansion of the virus was given. When rapid detection tests were commercialized (cheap and without requiring specific equipment) the positive people have been aisled from healthy population, so this problem started decreasing in both epidemics. 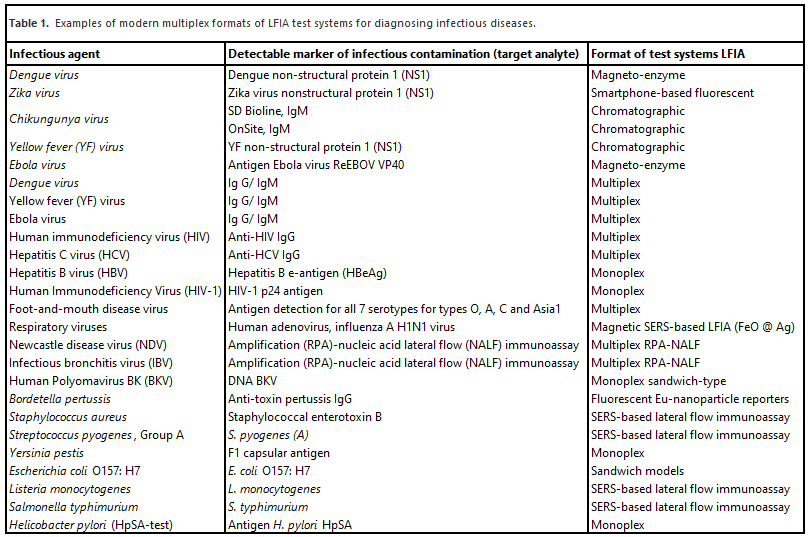 Therefore, tests based on Lateral Flow technology have been and will be essential tools in society, offering a personalized, fast and effective medical diagnosis, improving the quality of life of all of us.